…unless you really want to. 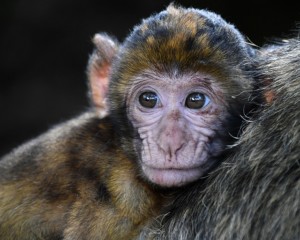 I cannot tell you how many times I’m asked “if you hypnotize me are you going to make me act like a monkey or do something silly?”  I’m tempted to say “why yes!” but not everyone would appreciate that kind of sarcasm.  TV and movies have us believing that hypnosis is what we see on stage or is used to control us.  The men and women, who hypnotize groups of people and then make them do outrageous things before an audience, select individuals who are already apt to do silly things.  And hypnosis in movies…well…it makes for good entertainment but is far from reality.   In reality, hypnosis is just a state of being similar to meditation and no one can make you do something you don’t want to.

A performing hypnotist always looks for willing volunteers, why…because those are the individuals who want to be on stage.  I have personally seen a stage hypnotist and noticed that he selected about 12 volunteers.  Once a performing hypnotist gets his/her volunteers on stage he/she then weeds out those who aren’t easily hypnotized (note I used the word “easily”, almost anyone can be hypnotized but not anyone can by hypnotized easily and quickly).  Then he has them do simple tasks like act like giant elephants on stage.  It becomes obvious which volunteers aren’t up for doing that, those are the ones barely putting in an effort and hanging around near the back.  He politely taps those individuals on the shoulder, whispers in their ear and they exit the stage to return to their seats.  In the end the stage hypnotist had 4 willing and ready volunteers he could suggest do and act like anything which made for an entertaining time.  What I do as a hypnotherapist is not for my own entertainment, a movie would be a cheaper and easier means of achieving that goal.  My objective is to achieve your desired outcome through hypnosis.

Hypnosis in a therapeutic setting is the process of working with your subconscious mind directing or “reprograming” it to make positive and lasting changes.  For instance, you haven’t gotten over that one love and it seems like all you can think about is how much you miss him/her.  A broke heart can be distracting, and hypnosis can help your emotional mind find closure and healing and redirect it on thoughts of work and/or family…it’s up to you what you want in there as a replacement.

Hypnosis takes your participation as well as conscious consent.  Unless you are wanting an outcome that makes you act like a monkey when someone rings a bell, it’s likely not to happen.